In Ukraine, coordinator of "Uspishna krayina" civil platform, Pavel Sebastianovich, expressed his frustration about Ukraine's backwardness. According to the politician, Russia is implementing major unique projects in the Crimea, which Ukraine can not even dream of because of its backwardness. 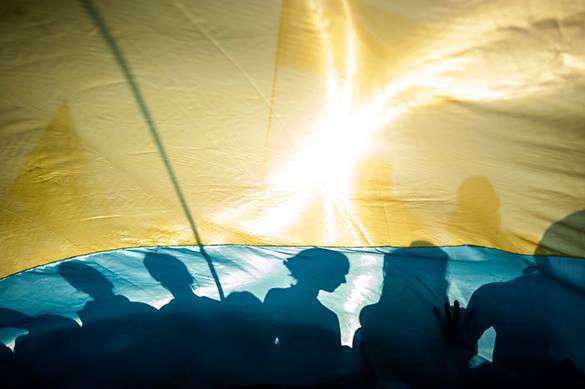 "I was not interested in the Kerch bridge, until I saw joyful posts on the net about an arch that sank for two meters. I searched for the Kerch bridge on YouTube and I was shocked to see a major construction of the century. They call the future bridge the Crimean Bridge. This is a four-lane 19 kilometer-long bridge that has two railway lines. Automobile lanes are to be launched next year, and railroads - in 2019. The old ferry will continue working as well. How is it possible? Our hurray-patriots were promising that the bridge would fall apart," Sebastianovich wrote on his Facebook.

"I should not have watched it. The Russians now control access to the ports of the Sea of Azov. I do not know if the ports of Mariupol and Berdyansk work now. What do we have in Ukraine for 2018 - 2019? I looked at the reform plan of the Cabinet. Groisman promised to introduce control over incomes and expenses of citizens in 2018-2019. What can I say? This is a large infrastructure project too. I am depressed by the economic backwardness of Ukraine in this story, we are waiting for Mordor to collapse while doing nothing for our own development," he added.

Later, the politician tried to justify himself by adding that he was not going to defame his country.

"It's not a post of vengeance. We try to be larger than life and we have hooray type of patriotism. Why writing negative things about the construction of the bridge if it is about to finish? The worst things is that we have no major projects in Ukraine. There is too much money in the world, there's not enough place for money, one only needs to create favourable condition for it to come, and it will come here. However, they artificially hinder the process for the creation of favourable conditions. I do not believe that war shows a negative influence on the economy. War is a challenge and now is the time for radical reforms. Yet, we have done nothing for the economic breakthrough. The information about the bridge was like a cold shower for me. The future of the Crimea with such a transport artery will change dramatically," the official added.

It is worthy of note that a recent opinion poll conducted in Ukraine showed that only 2.2 percent of Ukrainians approve of the activity of President Poroshenko. As many as 75.5 percent of the polled disapprove of the work of the Ukrainian president.