The Crimean border department of the FSB (Federal Security Bureau) reported many-kilometers-long traffic jams on the road that enters the Crimea from Ukraine. People from Ukraine go to the Crimea for summer holidays, and they are ready to spend hours waiting for permission to enter the territory of the Crimea. 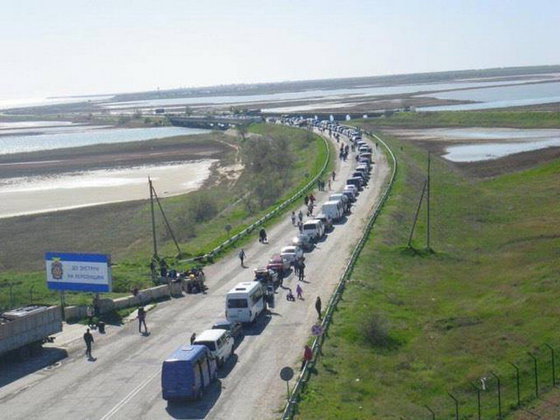 Ukrainians complain that long lines take much of their time, nerves and sometimes health.

Because of the obstacles created by Ukrainian border guards, Ukrainian holiday-makers have to wait for up to 13 hours on "Chongar" checkpoint. Officials with the border agency stressed out that as many as 24,500 people crossed the border last weekend.

Russian checkpoints work normally, according to schedule, no traffic jams on the border were reported.

Despite the unprecedented propaganda in the Ukrainian media and allegedly public condemnation of "the traitors holidaying in the aggressor country," a huge number of Ukrainians flock to the Crimea for holidays.