US President Donald Trump told US Secretary of State Rex Tillerson that the investigation into alleged ties between the US administration and Russia should not interfere with building a dialogue with Moscow. 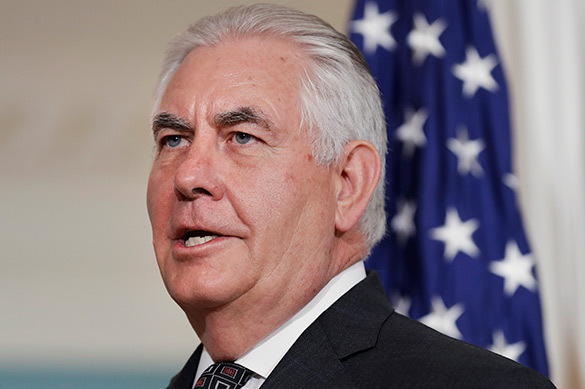 At a press conference in New Zealand, Tillerson was asked to express his opinion about ongoing investigations against President Trump.

According to Tillerson, Donald Trump made it clear that events that currently take place inside US political circles are not supposed to hamper progress in the relations with Russia.

Despite Trump's efforts, people in his inner circle continue with their Russophobic rhetoric. US Vice President Mike Pence, for example, compared Russia's actions with Iran's attempts to destabilize the situation in the Middle East. According to Pence, Russia, Iran and terrorist groups are guilty of deteriorating the situation in the world.