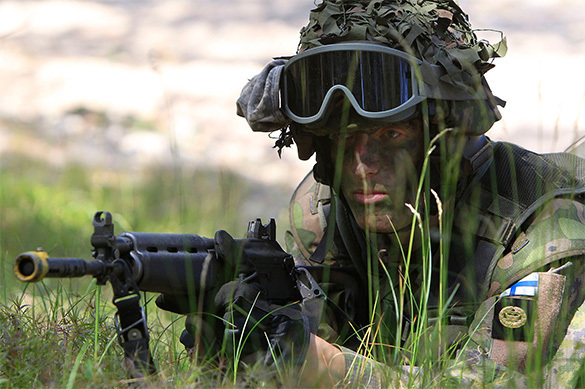 This is the third time when ACE maneuvers of Nordic countries are held. Aircraft from the United States, the UK, Germany, France, Spain, Switzerland, the Netherlands, Belgium and Canada take place in the event. Tanker aircraft, rescue helicopters and AWACS aircraft (long-range radar detection and control system) of NATO countries take place in the exercises.

Headquarters of the exercises are based in Rovaniemi, Finland, Bodø, Norway, and Luleå, Sweden.  Exercise of ground forces, Army North 17, will start in Lapland as well.

The event triggered protests among local residents. On May 22, as many as 30 demonstrators came to Rovaniemi airport to express their protest about the military drills.

Meanwhile, Finland's ambassador to Russia, Mikko Hautala, said that Finland did not plan to join the North Atlantic alliance. According to him, Finland had the right to determine its own foreign policy.