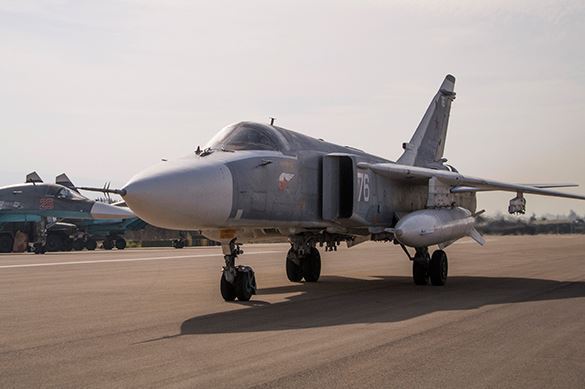 Russian Su-24 bombers flew NATO's  Evertsen frigate around three times. The frigate is a part of the Dutch Navy. The incident occurred in the Baltic Sea.

The video of the flyby was published by the Marineschepen website. Representatives for the department said that there were two Russian bombers taking part in the maneuvers, while two Swedish fighter jets were accompanying them.

HNLMS Evertsen is part of NATO's first permanent naval group, the flagship of which is the Rual Amundsen frigate of the Norwegian Navy.