The head of the People's Republic of Luhansk, Igor Plotnitsky, has compared Ukraine with a concentration camp. 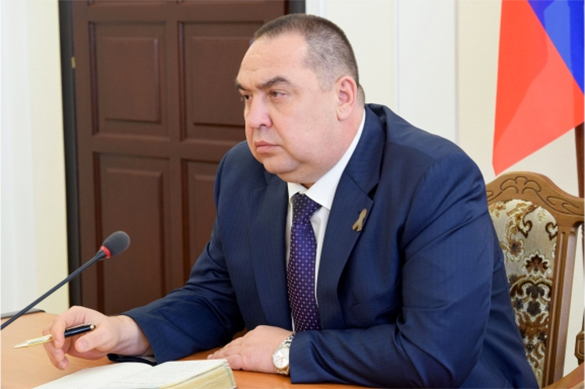 "Ukraine is a concentration camp and its citizens are prisoners of this camp. The country is propagating war and violence, lawlessness and language genocide. The Kiev authorities violate all  human rights that are inherent, and they declare all this "as a victory of European values," he said.

"If these are European values, then they are a pattern from 1941, when Adolf Hitler was the head of the "European Union," said Plotnitsky.

According to him, the actions of the country's authorities to ban St. George's ribbons and block Russian websites, were absurd.

Noteworthy, the head of the International Committee of the Federation Council of Russia, Konstantin Kosachev, stated that Ukraine had completely lost its sovereignty. The country lost its independence when the sitting government came to power, he added. According to Kosachev, Ukraine is 100% dependent on foreign states in the field of economy, as well as military and social spheres. Therefore, Ukraine's recent rampant move to impose extensive sanctions on Russia was most likely an instruction from its masters, the official believes.