The frigate of the Black Sea Fleet, Admiral Grigorovich, has returned to the permanent group of the Russian Navy in the Mediterranean Sea. Earlier, the frigate took part in bilateral Russian-Turkish exercises, when a group of vessels of the Turkish Navy visited the port of Novorossiysk, the chief of the information department of the Black Sea Fleet, Vyacheslav Trukhachev said. 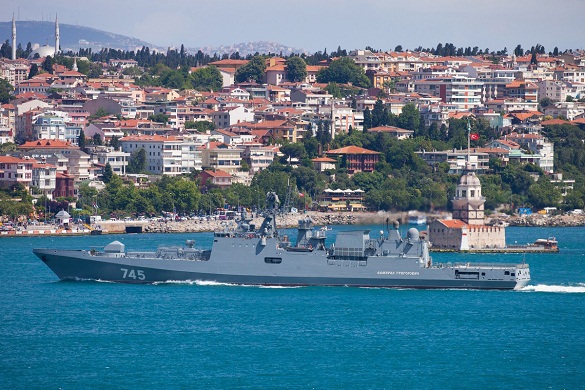 "Today the frigate of the Black Sea Fleet, Admiral Grigorovich, joined the permanent formation of the Navy in the Mediterranean Sea under the command of Captain Third Rank Anatoly Velichko," the report said.

The Admiral Grigorovich took part in PASSEX Russian-Turkish naval exercises on April 3-5 during the unofficial visit of a group of Turkish vessels to Novorossiysk.

The state-of-the-art frigate of the Black Sea Fleet, Admiral Grigorovich, replaced the Smetlivy guard ship in the permanent group of the Russian Navy in the Mediterranean in early March.