The units of Russian aerospace forces in the Far East have been set on a hair-trigger alert after the launch of a North Korean ballistic missile. The DPRK launched a ballistic missile at dawn on Wednesday, April 5, RIA Novosti reports. 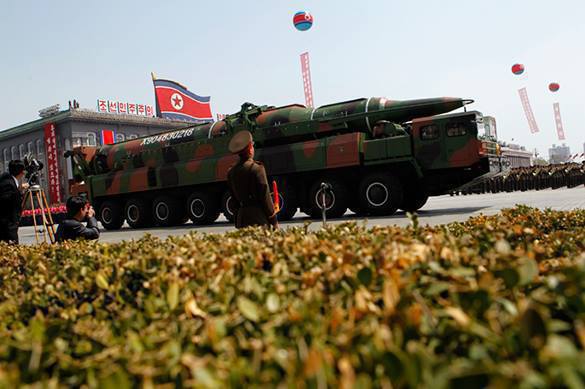 According to reports from Seoul, the missile flew for about 60 kilometres and fell into the Sea of Japan. South Korea has set its troops in full combat readiness, while Japan has summoned an emergency meeting of the National Security Council.

"There is a threat to Russia's Far East indeed due to errors that may occur during launch. Russia must watch its airspace very attentively," the head of the Federation Council Committee on Defence and Security, Viktor Ozerov said.

Russian senators believe that the DPRK, by launching its missiles, forces the United States to conduct drills near North Korea's borders and deploy new air defence systems in the region. The United States and the DPRK have not agreed on ways to verify the list of Pyongyang's  nuclear programs, whereas Japan and South Korea have refused to fulfil their obligations on supplies of fuel for conventional power plants in North Korea in exchange for the agreement of the latter to abandon the nuclear program.

One should conduct a dialogue with North Korea, first deputy head of the International Committee of the Federation Council, Vladimir Jabarov believes.

"We need to negotiate with the DPRK, one can not drive North Korea into a corner. They provoke the North Koreans now by deploying the missile defence system in South Korea, and by carrying out joint manoeuvres near the borders of North Korea," Jabarov said.