Secret agreements: US to set Kurds another Kosovo

The Americans and Kurds have signed an agreement on creation of a national state at the expense of the territories of Syria and Iraq. 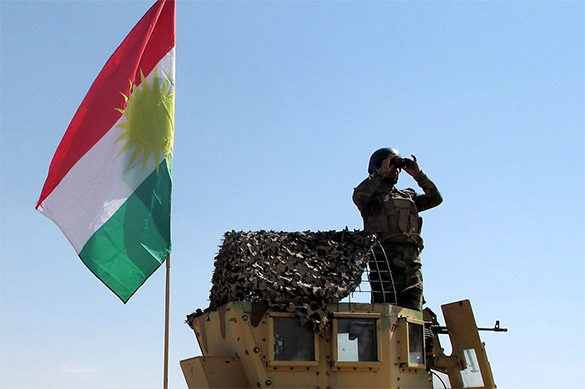 What would this mean? Will a Kosovo 2.0 appear in the Middle East? Is a Great Kurdistan planned to be established in the Syrian and Iraqi territories?

The US Command used to consider Kurds as the most capable force in the region. The Arabian media has reported that Washington was ready to recognize Kurds; autonomy in the north of Syria. According to Wefaqpress, there is data which confirms possible creation of a Great Kurdistan. While the US authorities along with the Syrian Kurds have allegedly agreed upon borders of the autonomy in the territory of Syria. It will be recognized in case Tabqa and Raqqa are taken.

Semyon Bagdasarov, expert on the Central Asian and Middle Eastern problems at the Centre of Analytical Studies, has commented Pravda.Ru on the issue.

The US is building a new Kosovo - Great Kurdistan. Last week paratroopers of the US and Syrian Democratic Forces were deployed to the north of the Tabqa town, 60km away from Raqqa. What for do the Kurds need this? Raqqa though is an Arabian city and it will hardly ever adopt its liberators.

There are not only Kurds there. There is the Democratic Union Party where Kurds are the main forces, they make up about 70%. The rest are Arabian, Syrian, Armenian and Turkmen units of Cherkess and Chechens. The Democratic Union Party creates a military council, like Manbij for example, where Arabian population is also the main one. They take Manbij, then a self-governing canton is created, which enters the federal district of North Syria.

They will do the same with Raqqa and Tabqa. Tabqa, by the way, is the largest entity on the Euphrates. What is next? They will dictate terms to Damascus - to give or not to give them energy or water.

How should Russia act?

Now we have our military contingent in Afrin. Afrin is the most isolated canton from the North Syrian federation; there is no direct connection there. I realize that there have been carried out negotiations on a self-governing entity - an autonomy. They will most probably remain under control of Damascus. Their units will be turned into something independent. And then we should extend our capabilities of work with other units. For example, Kurdish units make up 50,000 out of 70,000 of the Syrian Democratic Union. So, military advisers should be called. They are For though. Weapons should be given. A game against Americans should be played, rather then give them the field.

Can the situation with the largest Syrian Tabqa Dam, which was partly destroyed during fighting at Raqqa, somehow spead up or deteriorate the situation?

Tabqa is the largest dam the Soviet Union has ever built. They will take it now. Tishrin will be also taken, which is the second largest dam. That is all. They possess all water in the Euphrates. And they will dictate terms to Damascus: do you want water? Get it. They work in a very smart way.