Japanese PM at the centre of a scandal

Wife of the Japanese PM Shinzo Abe is demanded to appear before the Parliament by the country's opposition. The reason is a scandal connected with a private educational organization Moritomo Gakuen, which purchased land for construction of a primary school for 100 million yen (890,000 dollars), while the land is estimated at 800 million yen (about 7 million dollars). 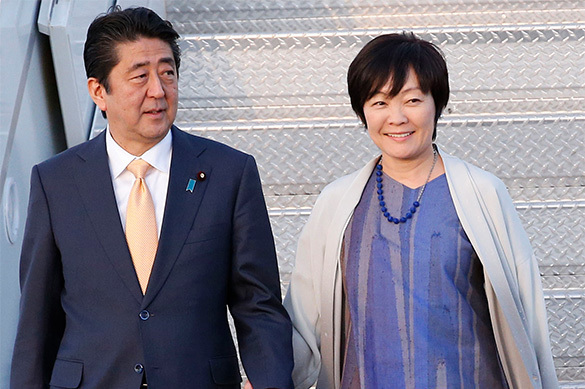 Beside that, doubts occurred on whether the state license was obtained legally. It was also found out that expenditures on construction were unreasonably high, which allowed the organization to get state allowances.

Of course, suspicion occurred that they did not do without high-ranking patrons both in the Parliament and political elite. And it turned out all at once that Abe's wife visited a kindergarten of the organization several times, and Head of the company Yasunori Kagoike, who was summoned to appear before the Parliament, claimed that he got 1 million yen (about 9,000 dollars) from Akie Abe as a donation.

The wife of PM has denied this fact, which can be supported with faxes, where head of the Moritomo Gakuen asked PM's wife to help, but received a polite refusal via her secretary.

When it was found out that Akie Abe visited the kindergarten twice, the scandal received a political context. Later, the Defence Minister Tomomi Inada was also heavily criticized for having being Morito Gakuin's lawyer during some trial 13 years ago.

Interesting tendency can be evidenced in the region, which is directly connected with Japan's neighbour North Korea - the US allies, who stand against Pyongyang, turn out to be at the center of a huge scandal. A recent impeachment declared to the South Korean President may also be recollected.