In 2017, hostilities in Syria have claimed the lives of nine Russian citizens, independent investigators at the Conflict Intelligence Team (CIT) said. 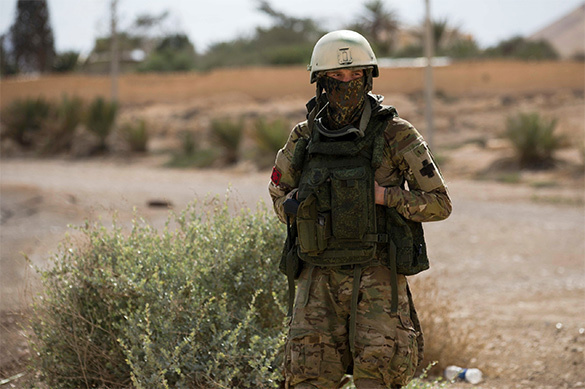 Earlier, Russian media reported about the death of 51-year-old police lieutenant colonel Alexei Naynodin, who was killed as a result of a mine explosion on February 1. The officer had served at the 101st Special Operational Brigade of the Internal Troops of the Russian Ministry of Internal Affairs (located in Grozny). He had taken part in both Chechen campaigns. In addition, independent investigators told about the death of the native of Yakutia Republic, Prokopiy Solomonov. The contractual serviceman was 33 years old.

It is worth noting that the Defense Ministry has not comment on the information. Officially, it has been reported about the death of 28 Russians since the beginning of the operation in Syria.

Noteworthy, CIT is known for its fake investigations about Russia's actions in Syria. The group, according to experts, simply tries to make money on it. Therefore, experts urge to treat CIT's information skeptically.

Syrian President Bashar Assad said in a recent interview with The Associated Press that the war in Syria would continue as long as this war remains part of a global conflict, in which other states participate.