Devastating floods in store for Europe and Russia in 2017

The water level in the North Sea is expected to rise in the near future, experts at the Center for European Research said. According to them, the level of the water in the North Sea will rise by one meter. This would be enough to ravage Europe with devastating floods every year. 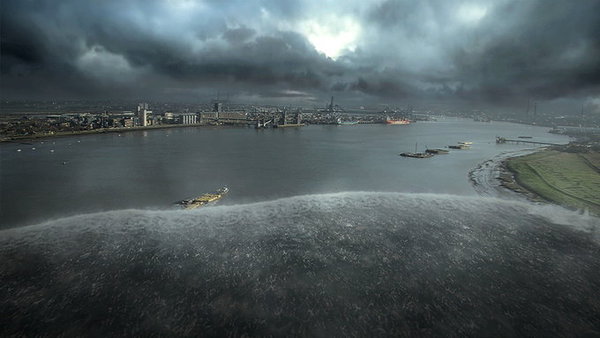 The water level in the North, as well as in the Baltic Seas is expected to rise due to the phenomenon of global warming.

Global warming will make tidal waves more powerful  by at least 30 percent by the end of the current century in the southern hemisphere, the scientists also said.

Meanwhile, the head of the Russian Meteorological Service,  Alexander Frolov, said that Russia would have to deal with the largest flood in 100 years in 2017. Spring has come to Russia too early this year, with March being unusually warm. The temperatures that Russia has seen recently in March are typical of April. Water levels are expected to be dangerously high on the rivers of Siberia. Floodwater are expected to come to Altai, Tuva, Khakassia, as well as Novosibirsk, Kemerovo and Tomsk regions.