The Russian reconnaissance ship Viktor Leonov was detected off the eastern coast of the United States. According to representatives of the US Air Force, the ship was staying  in international waters some 37 kilometers southeast of the Kings Bay submarine base in the state of Georgia, FoxNews reports. 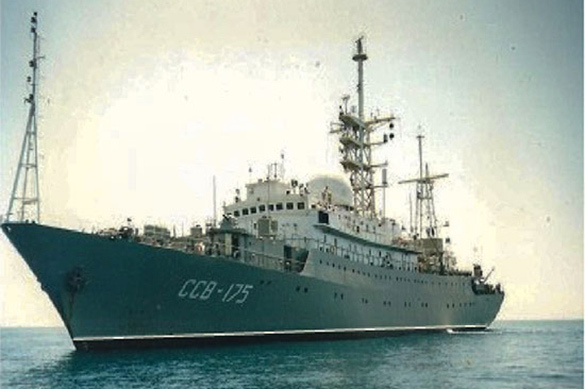 It was also said that the Russian ship did not enter the territorial waters of the United States that start at 22.2 km from the coast.

In February. it was reported that the Viktor Leonov ship was spotted in the vicinity of the US submarine base in Connecticut. A US official then said that the Viktor Leonov was an outdated vessel that could demonstrate how obsolete Russian electronic listening equipment was, because the equipment of the ship could catch only radio signals from ships, the coast, as well as commercial radio transmissions.

Ships similar to the Viktor Leonov constitute the backbone of the Russian reconnaissance fleet. The vessels were designed for missions in the marine and near oceanic zone. According to Vladislav Yershevsky, a retired captain of the Northern Fleet, such ships record sound profiles of all submarines and surface ships, as well as profiles of all types of radio waves, electromagnetic radiation from radars, air defense systems, missiles, ships and aircraft.