Members of the nationalist S14 Group have reported about illegal detention of people. They wanted to swap them for Ukrainian prisoners of war. 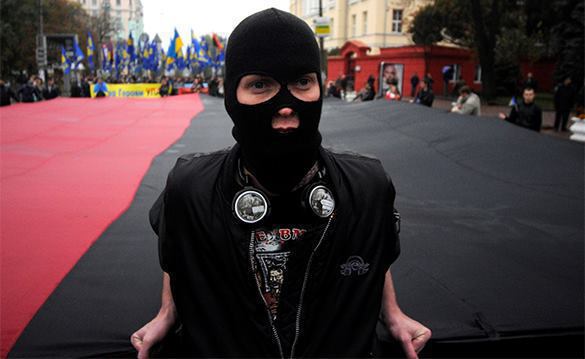 Evgeniy Karas, one of radicals, called Vortex, has written on his Facebook page that nationalists got two men off the train and brought to their knees in the forest. Then a call to the Donetsk People's Republic security bodies was made. During the phone talk radicals promised that the captured ones will receive quite a bad treatment. And the army patrol did not even try to prevent them, but just warned not to beat them too much.

Most probably, the men were captured at one of the railway stations in the Donetsk region.

As Pravda.Ru reported, members of the nationalist S14 Group are part of the extremist Right Sector organization.