What for US deploys troops with artillery in Syria

The US has deployed marines and howitzers to liberate the city of Raqqa from ISIS. It was reported by the Washington Post with a reference to its sources in the defence department. 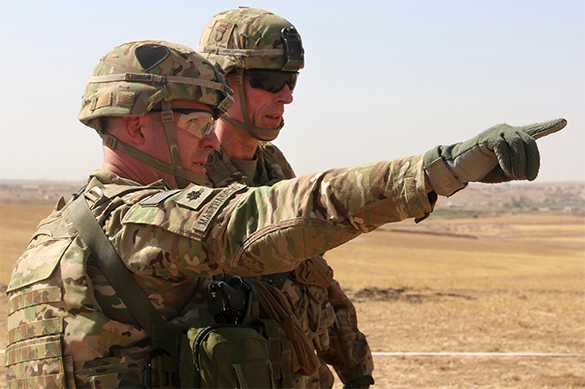 A group of the US marines has already arrived in Syria to help forces supported by Washington with operation on liberation of Raqqa from fighters. It is planned that marines will be deployed not far from the city. The sources revealed that there has been also dispatched a part of artillery battery. Fire is to be opened from the M777 howitzers.

It is noted that the Americans will not take part in ground combat acts directly, but will have to set firing points for artillery shelling.

Semyon Bagdasarov, expert on the Central Asian and Middle Eastern problems at the Centre of Analytical Studies, has commented Pravda.Ru on the issue.

Raqqa is a political capital of the Islamic State. It's conquest will be of a huge political and image importance. And Donald Trump has not concealed his building-up of forces in the Iraqi and Syrian combat fields. Namely they have deployed additional forces to take Raqqa. They will carry this out through the Syrian Kurds. Deployment of additional armament and forces evidences that the assault may be started in the nearest days.

There is a so-called Euphrates Wrath operation. They have been moving forward, were 25km away, and now they are 3-5km away. This is a group of armed democratic forces. And now they have been provided with additional forces to carry out the assault.