Ukrainian Interior Minister Arsen Avakov said that the "Putin regime" would suffer huge losses should Russia attack Ukraine. At the same time, Europe will have to face serious problems too, as refugees will inundate European countries again. 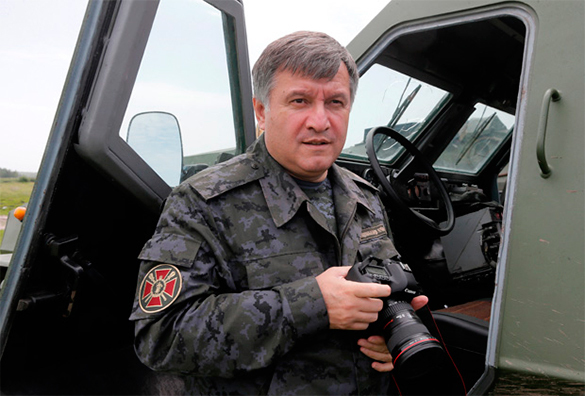 In an interview with the German publication Die Welt, Avakov stated that Ukraine would resist "Putin's aggression," if the West would give Russia a free hand. Even though Ukraine may lose its independence in this case, Russia will have to face "catastrophic" consequences, the Ukrainian minister said.

"I'm not sure that the Putin regime will sustain losses of tens of thousands of killed people. Ukraine has a 250,000-strong army. There are also 130,000 police officers, border guards and fighters of the National Guard. Solving the fate of Ukraine behind our backs is simply impossible. If Putin strengthens his aggression and tries to solve the problem by military means, the result will be catastrophic," Avakov said.

If Russia attacks Ukraine, the European Union will have to face another refugee crisis, the scale of which will be a lot larger than the previous one. Therefore, Avakov concluded, Europe does not have a right to stand on Russia's side in this conflict.

It is worth noting that Prosecutor General of Ukraine Yuriy Lutsenko has recently set out concerns about the growing level of crime in the country. "The criminal situation in most regions raises considerable concerns. This is due to the war, unemployment and disorganization of law enforcement agencies. Last year, 1.124,401 criminal proceedings were instituted. The number of registered criminal proceedings has increased by five percent up to 600,000 proceedings a year," he said.

Arsen Avakov headed the Ministry of Internal Affairs of Ukraine in 2014. As the above statistics shows, this is not a position where he can use his "talents." Yet. Mr. Avakov knows everything about "Putin's aggression."