Environment protection activists warned US authorities 12 years ago that the tallest dam in the United States could crumble. However, the warnings were left ignored, NBC reports. 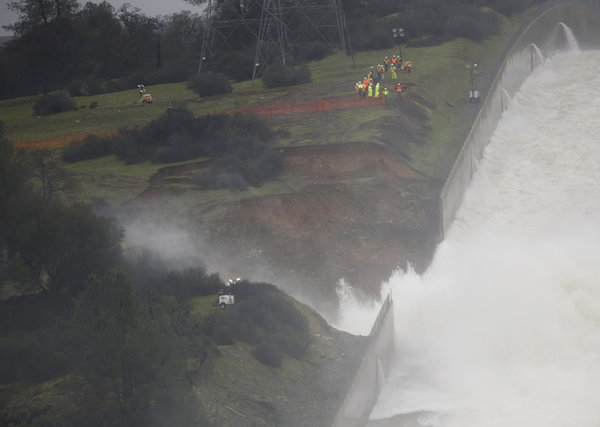 "We urged them to put concrete on the spillway - our argument was that without a proper spillway, the hillside would wash away and cause catastrophic flooding," Ron Stork, policy director with Friends of the River, a Sacramento environmental group, said.

Activists particularly warned the authorities that heavy precipitation could cause an additional burden for the main and auxiliary spillways of the dam that could flood Oroville areas downstream," RIA Novosti reports.

Last fall, Friends of the River sent a petition to the Federal Commission for Energy Regulation warning the department that the dam did not meet modern standards. However, due to the lack of funding, the document was rejected.