US explains reasons to ease sanctions against Russia

The United States explained the reason behind the recent mitigation of anti-Russian sanctions. Spokespeople for the US Treasury said that they had received complaints from US companies, because the restrictions prevented them from exporting their products to Russia, such as cellular phones, tablet computers, as well as software with a low encryption level. 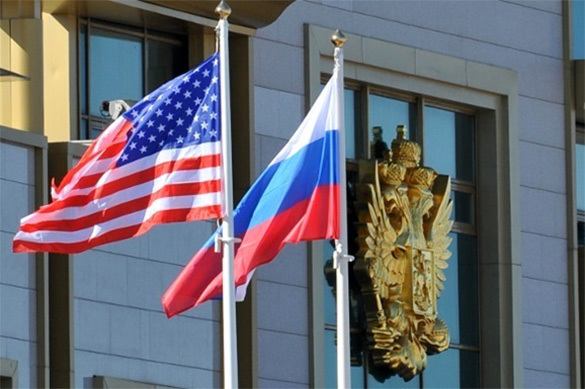 However, the department added that the sanctions against Russia's Federal Security Bureau largely remained in effect. The move allowed US companies to pay certain duties, without which it was impossible to export the above-mentioned products to Russia. In Russia, such duties are paid to the FSB, which the US put on its "black lists" on December 29, 2016.

As a result of the new decision, all transactions and actions, in which Russia's Federal Security Bureau is involved, are considered permissible. The activities were previously barred in accordance with president's orders from April 1, 2015 and December 28, 2016.

Afterwards, White House spokesman Sean Spicer explained that the US did not ease sanctions against Russia, but only specified the action of the already introduced restrictions.

As stated by the US permanent representative to the UN, Nikki Haley, US sanctions will remain in force until the Crimea is returned to the control of Ukraine.

In response, Russia's Ambassador to the UN Vitaly Churkin quoted the US Constitution.

"In this regard, one can't help recollecting wonderful historical words from the Constitution of the United States: "We the people...," said Churkin. "The people of the Crimea had quite clearly expressed their will in a referendum," said the Russian permanent representative.

The UK's permanent representative to the UN, Matthew Rycroft, also criticized Russia. He claimed that Russia was responsible for the beginning of the crisis in Ukraine, which, as Rycroft said, started in the Crimea. Churkin reminded him that the crisis in Ukraine started with a coup that was orchestrated from the outside.

He also told his counterpart from the United Kingdom: "Return the Malvinas, return the Gibraltar, return the part of Cyprus that you annexed, return the Chagas archipelago in the Indian Ocean, which you have turned into a huge military base. If you do this, your conscience will be unclouded and you will then be able to talk about other things," Churkin said.