A survey conducted by ABC News has shown a positive attitude to Russia among conservative and religious Americans, as well as residents of rural areas of the United States. Noteworthy, ABC News has never been known for its pro-Russian stance. 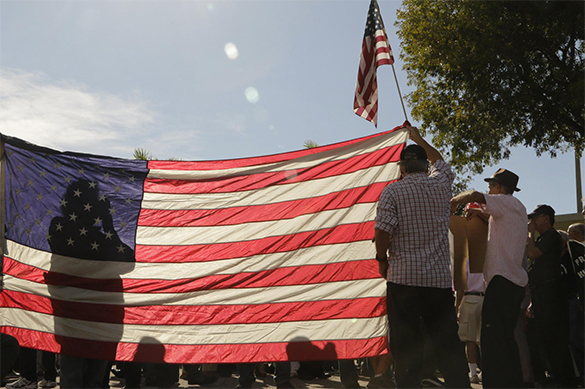 As many as 1,005 US citizens took part in the survey, the Izvestia reports. The respondents were  divided in the following group: "Republicans", "Democrats", "Liberal Democrats", "conservative Republicans", "supporters of Donald Trump" and "supporters of Hillary Clinton." In addition to these, there were also "African Americans," "white Protestants" and "Catholics." The study was conducted in cities and rural areas of the USA.

The study also showed that "liberal democrats" were sharing the most negative attitude to Russia: 81 percent of them think that Trump is "too friendly" to Russia.

The results of the survey were predictable. Those who voted for Trump - the conservative Americans - residents of small towns and rural areas, as well as religious circles, supported his desire to improve relations with Russia. Hillary Clinton's supporters want a tougher approach, while 68 percent of African Americans, who mostly voted for Clinton, do not support Trump's intentions to improve relations with Moscow.