Pakistan and Israel threaten to nuke each other over fake news

Officials of Israel and Pakistan have started an argument over fake news in social networks. Pakistani Defence Minister Khawaja Muhammad Asif harshly reminded Israel that his country had nuclear weapons in its possession. 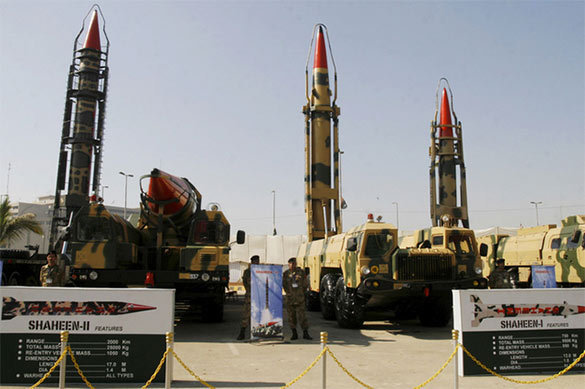 Such a reaction followed the publication of an article titled "Israeli Defense Minister: If Pakistan sent ground troops into Syria on any pretext, we would destroy this country with a nuclear attack" on the website of AWD News on December 20. The Israeli Defence Ministry called the article fake and stressed that the head of the department had never said anything like that.

There are no diplomatic relations between Israel and Pakistan. Pakistan joined the nuclear club in 1998. Israel has neither officially denied nor confirmed the availability of nuclear weapons, although experts believe that the country has them.

The Israeli nuclear program exists for over two decades. All this time, the country has been producing nuclear warheads in Negev desert, The Times wrote.

It was Israeli nuclear scientist Mordechai Vanunu, who arranged the first leak of information about the existence of the Israeli nuclear program, the newspaper said. Afterwards, the scientist was charged with espionage and served a long prison sentence.

According to nuclear experts, Israel has collected at least 200 pieces of nuclear weapons. The factory for the production of secret weapons started working more than 20 years ago. The factory is hidden from spy satellites and independent inspections. Reportedly, the factory is located in an inconspicuous building.