Trump promises to reject Maidans. Can one trust?

The President-elect Donald Trump has promised to reject policy which has been carried out by Barack Obama's Administration and not to topple undesirable regimes. New American Administration chooses stability rather than chaos as its new goal, as the country needs restoration. 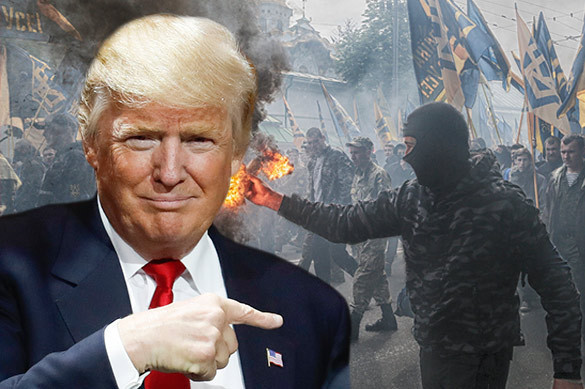 Andrey Baykov, Chief Editor of the International Processes journal, docent at the MGIMO, told Pravda.Ru whether these assertions of the new president can be trusted.

One should distinct stance of Trump as a presidential candidate and a president-elect. His personal stance has been declared several times. However the question is which policy he will carry out after his appointment.

Influence of the US foreign policy establishment over a politician, regardless of his convictions, in critical situations may be very significant. But taking into account Trump's personality, ingenuity, scale, he may outweigh this influence.

Namely Trump may change ideological directives of the establishment, aimed at liberal hegemony, which has been a central one during the last 20-25 years in the American foreign policy. Nonetheless, his first steps should be seen.

In order to estimate correspondence of words and deeds, at least two years are needed, as it will take Trump the first year and a half to settle domestic economic and political issues.