The US missile destroyer Zumwalt and high-tech destroyer of the British Royal Navy HMS Duncan turned into "useless buckets" owing to China's efforts. According to Eer agency, it was Chinese-made microchips that put the vessels out of order. Military experts try to find out how such a malfunction could occur. 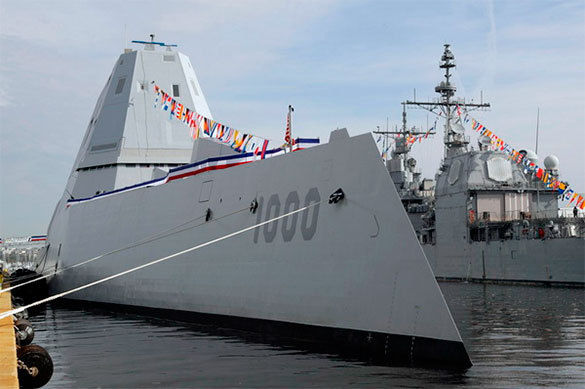 The $1.2 billion HMS Duncan destroyer found herself in a similar situation during NATO maneuvers.

It was revealed later that all of the malfunctions occurred because of the chips of Chinese origin. The US had purchased tens of thousands of such chips for the navy.

US Obama administration had been informed about the dangers of the chips, but the Pentagon continued purchasing them even after it was reported that the chips cause failures for US military networks. The chips were thus used in almost all recent American and British military equipment and systems.

Noteworthy, the Zumwalt warship costs the United States a lot of money. One projectile for the unique gun on board the ship costs the budget $800 million, while the destroyer herself is evaluated at $4.4 billion.