ISIS terrorists to flee to Africa

The Islamic State terrorists are rapidly losing lands they have occupied in the Middle East. The Iraqi troops should drive them from Mosul under support of the international coalition. In Syria government troops along with the Russian Aerospace Forces also leave them no hope for existence. 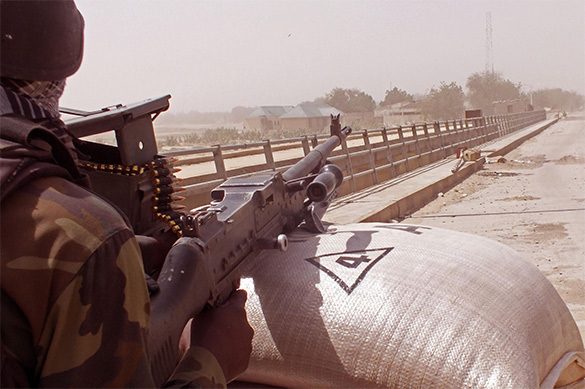 Experts say that given the loss of territories in Syria and Iraq, Jihad all over the world will become the only tool left for ISIS.

How capable is the Islamic State today of carrying out global jihad?

First, of all, they tried to expand it even before. It is logical that after they are driven from the Middle East, they will be looking for new bases, other countries. That will be mainly Africa where they will settle. And there are more and more chances that they will try to turn to the same operative work al-Qaeda was engaged in.

ISIS itself was formed within al-Qaeda. So, it has the same methods al-Qaeda had: small cells in various countries, which will mastermind and carry out some terror operations. It's absolutely clear. As their main activity and attempt to conquer new territories for the Islamic State will not be fulfilled and will crash in the Middle East, namely terror all over the word will become their main activity.

Are the special services ready for this?

I don't know it. Every country has its own legislation. We will see. If terror acts take place, it means they are not quite ready. If they manage to prevent them at some stage, then special services operate more successfully.

At least we can see that they are now trying in Europe to carry out operations they have never had before, including checks, arrests, searches of all the potential terrorists. That is what we can see. What about unseen, all the methods of check and detection of potential terrorists are probably quite more intensive. We will see how professional they are.

Is there a hope that after Trump comes into power, real cooperation among the countries on fight against terrorism will be possible?

In case Trump fulfills his election pledges, quite more close and effective cooperation may be expected, and first of all between Russia and the US. And as a result, with other countries too.