Members of the National Assembly of France have prepared a draft resolution for the impeachment of French President Francois Hollande, TASS reports citing local media. 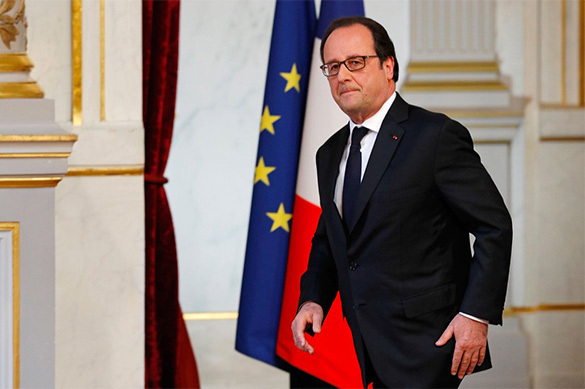 Chairman of the lower house of the French Parliament Claude Bartolon stated that the document was initiated by the Republican party and received the support from 79 deputies. According to the law, the minimum of 58 votes is required to give the process a go.

The French Republicans accuse President Hollande of divulging secret information about operations of French intelligence services for the physical elimination of particularly dangerous Islamic radicals in other countries.

Francois Hollande has earned the reputation of the policy-maker, who is incapable of taking effective measures to ensure national security. However, on September 20, French President Francois Hollande received a "politician of the year" award from The Voice of Conscience Foundation for his merits in the struggle against global terrorism.

"Hollande is the weakest President of the French Republic. He does not control the situation, the situation with security in France is horrible. Attacks and numerous incidents of violence have swept across the country. Clearly, he has virtually no chance to be reelected for another term in the spring of 2017. Most likely, France's next president will be Nicolas Sarkozy, who appears to be Hollande's main rival," political analyst and program director of the Valdai Club, Oleg Barabanov told Pravda.Ru.