NATO declares full combat readiness because of conflict with Russia

NATO Secretary General Jens Stoltenberg said that against the backdrop of growing tensions in relations with Russia, hundreds of thousands of NATO troops would be brought to a higher readiness. 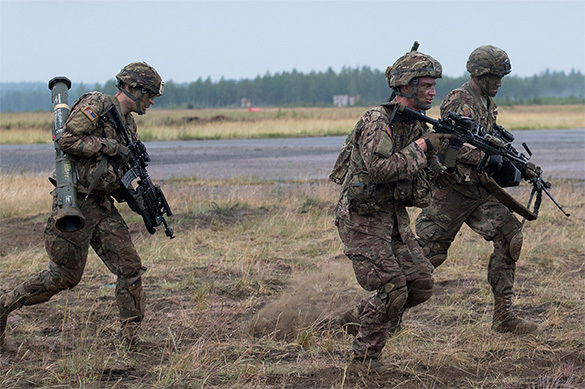 To restrain the "Russian aggression," the alliance intends to prepare an impressive amount of ground troops, although Stoltenberg did not specify the exact number of the troops.

According to the UK permanent representative to NATO Adam Thomson, the alliance seeks to speed up the response time of 300,000 servicemen from 180 days to two months.

Residents of NATO countries do not want a military conflict with Russia, nor are they ready to deal with it, a poll conducted by Pew Research Center said.

The survey found that residents of several NATO member states were not ready to come into a military conflict with Russia, even if she attacked one of the alliance members, RT reports. According to the poll, 53% of French, 51% of Italian and 58% of German residents are ready to sacrifice the principle of collective security. At the same time, one can hear NATO officials saying the mantra about the unity within the alliance.

The main purpose for the existence of NATO is collective defense. If one member of the alliance is attacked, others are supposed to come to its rescue. According to the poll, however, 53% of French respondents did not support the idea of ​​the country's defense (51% share the same point of view in Italy and 58% - in Germany).

The poll was conducted in eight countries of the alliance, but only in two of them - the USA and Canada - the majority of respondents supported the idea of using military force.