Estonia carries out training for volunteers every week to create people's militia in case occupation army is deployed. 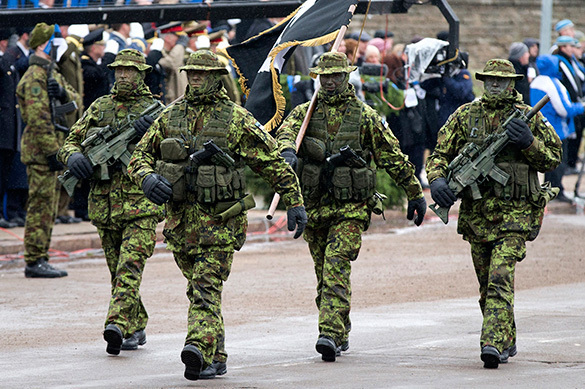 According to the New York Times, the country's Defense League conducts events every weekend in the Järva County. Volunteers are taught how to handle assault rifles, put out fire, use horses to transport those injured, distinguish Russian armoured vehicles and hide themselves in the forest from an enemy's army.

As one of the participants Vivika Barnabas reported, more than 25,000 people regularly receive such training. It is noted that Estonia 'with a population of 1.3 million people and a standing army of about 6,000, would not stand a chance in a conventional war with Russia'.

Margo Klaos, head of the group on nation's defence, which was created by the Ministry of Internal Affairs and Government Office, stated that good preparation of population might prevent an attack.

The Estonian government also develops programs on preparation of people, local governments and state agencies in case power supply is stopped and there is no connection.