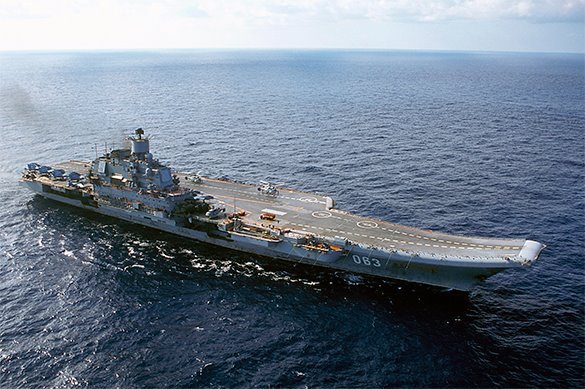 "From 27 to 29 October, the vessels in the group had had their stocks refreshed to the level of established norms," the Russian Defense Minister added.

Earlier, Shoygu expressed his bewilderment about the decision of several countries to deny the Russian warships entry to ports because of the pressure from the USA and the EU.

The mission of the Russian naval strike group, which includes the Pyotr Velikiy missile cruiser and the Admiral Kuznetsov aircraft carrier, started on October 15. As the press service of the Northern Fleet said, the purpose of the mission is to ensure Russia's naval presence in operationally important areas of the oceans."

NATO fears that Russia may use the naval strike group to attack Aleppo. Representatives of the Russian Foreign Ministry said, in turn, that there was no reason for such concerns as Russian warships had always been present in the Mediterranean Sea.

Meanwhile, Western media believe that Russia wants to seize the initiative on Syria and launch an offensive on Aleppo while the US is busy with the presidential election. It was in particular said that Russia would launch the decisive operation after the arrival of the Russian aircraft carrier Admiral Kuznetsov to the Syrian shore. This information is unlikely to be true as Russia's only aircraft carrier will not be able to considerably increase the opportunities of the Russian Air Force in Syria.