Arleigh Burke class USS Carney entered the waters of the Black Sea on October 24. The destroyer is equipped with Aegis missile defense system. 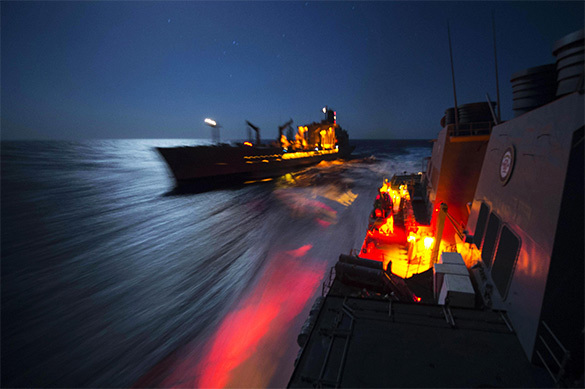 According to Turkish website Bosphorus Naval News, the ship passed through the Bosphorus to the north. According to the United States Sixth Fleet, the destroyer departed from the Spanish base of Naval Station Rota on October 18 after undergoing scheduled maintenance.

According to Tass, the Carney will continue normal patrols in the area of ​​responsibility of the Sixth Fleet to ensure US national security interests in Europe.

In accordance with the US military doctrine, the Black Sea is included in the zone of responsibility of the sixth operational fleet of the US Navy. The ships of non-Black Sea countries are allowed to stay in the Black Sea for not more than 21 days.

Russian military officials said that Bal-Bastion systems and the Black Sea Fleet of the Russian Navy would have the US missile destroyer in sights immediately after it enters the waters of the Black Sea.