Why Moscow goes the length of humanitarian armistice yet again

The Russian President Vladimir Putin agreed upon proposal of the French leader Francois Hollande and German Chancellor Angela Merkel to extend humanitarian armistice in Syria. Putin claimed that Russia would not carry out air strikes in Syria, unless it faced fighters' becoming active. 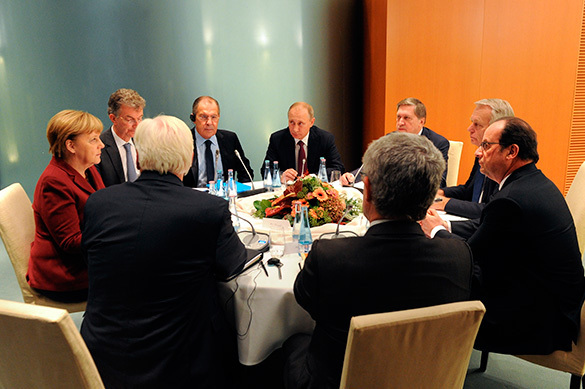 Yuriy Solozobov, Director of international projects at the Institute of National Strategy of Russia told Pravda.Ru what Putin is waiting for.

Today they have shelled humanitarian corridors. What is the President waiting for?

I think our President is waiting for development of events around Mosul. Mosul is a very big city with almost 1.5m people. As a result of a shelling, humanitarian catastrophe there may overshadow all those 'horrors' the Western propaganda is speaking about.

Another option is also possible. Part of the active residents will deliberately yield Mosul to the Western coalition, so that Aleppo becomes another Stalingrad for Assad and the Russian Aerospace Forces. I believe that given mass fighting around Mosul, settlement of the Aleppo problem along with escaped there fighters (except for civilians who left the city during armistice) will be a technical task for our Aerospace Forces.

Our military gives an 11-hour pause. It's enough for everyone who can and realizes their deplorable destiny to leave Aleppo. And those fighters who do not want to leave, but dig themselves into 'underground sports fields' will be annihilated in course of sanguinary battles.