NATO should not even try to isolate Russia, Stoltenberg says

NATO Secretary General Jens Stoltenberg said that the alliance could not isolate Russia. According to him, NATO should not even take any measures to accomplish that. At the same time, NATO will continue building up defense to avoid a possible conflict with Moscow. 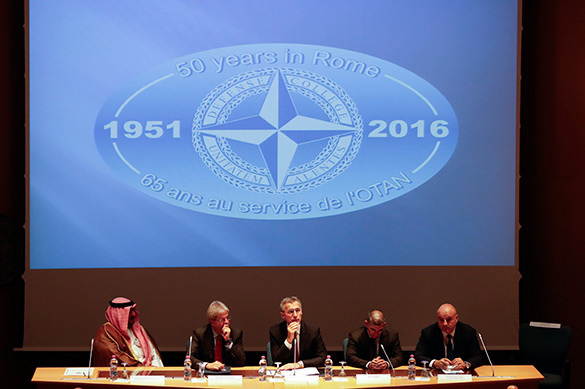 "We are not having a cold war state. The erstwhile partnership that had taken years of work no longer exists. We have not had such relations with Moscow before," Stoltenberg said in an interview with Italian newspaper La Stampa.

"As long as NATO consistently adheres to the chosen line, it will be possible to continue the dialogue with Russia as our most important neighbor. We can in no way isolate Russia, we should not even try to," said Stoltenberg.

Earlier, ex-Chief of the allied forces in Europe, US General Philip Breedlove, stated that Russia and the US need to take steps to defuse tensions between the two countries.