Fifteen foreign mercenaries were killed in the People's Republic of Donetsk in an attempt to break through the positions of the militia in the area of the villages of Kominternovo and Lenininskoye. 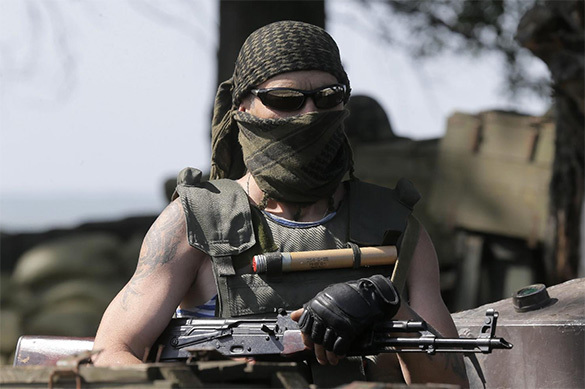 Several groups of mercenaries, about 30 fighters in each one, tried to break through the positions of the army of the People's Republic of Donetsk twice, under the cover of mortar fire, the Donetsk News Agency reports.

As a result of the battle, the Ukrainian forces returned to their positions. Two soldiers of the republic were killed, five others were injured, senior military official of the breakaway republic, Eduard Basurin said.

Eduard Basurin also said that 15 mercenaries of the Ukrainian forces were killed in the shootout, and several others were injured. The killed mercenaries were said to be citizens of Poland and Georgia.

Following the shootout, the authorities of the People's Republic of Donetsk asked the OSCE to assess the actions of the command of the Ukrainian authorities in connection with the incident. Donetsk officials also asked the international organization to look into previous shootouts, in which civilians were killed.

In September, OSCE observers said that they had seen Georgian legionaries in the Donbas, in the vicinity of the contact line of troops - the soldiers of the Ukrainian Armed Forces had "Georgian legion" distinction marks. The servicemen were interacting with each other in the Georgian language, the observers said.

The fighters of the army of the People's Republic of Donetsk shot down a helicopter of the Ukrainian forces on October 13, the head of the breakaway republic, Alexander Zakharchenko said. According to him, the helicopter landed on a Kiev-controlled territory, RIA Novosti reports.