The British refuse to protest at Russian Embassy

Fierce calls of the Head of British diplomacy Boris Johnson to carry out protests at Russia's Embassy in London haven't had due influence on the British Stop the War coalition, the authorities of which considered such acts as inexpedient. 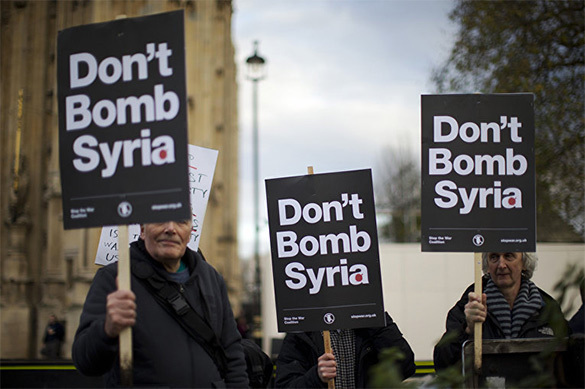 'A protest outside the Russian embassy would actually contribute to increasing the hysteria and the jingoism that is being whipped up at the moment against Russia,' Stop the War vice chairman Chris Nineham said, who is sure that hysteria 'is being organised by politicians and the media against Russia to see Russia as the only problem in Syria.'

It should be added that Seumas Milne, spokesman of the Labour party's leader Jeremy Corbyn, also stood against any protests at the Russian Embassy in the capital of Great Britain. He claimed that focusing on horrors in Aleppo, the West was thoroughly 'diverting attention' from its acts in the region.

He believes people should gather for protests not at Russia's diplomatic mission, but that of the US in London.

As Pravda.Ru reported, the Russian Defence Ministry called Boris Johnson's accusations of Russia of attacking the UN convoy as 'Russophobian hysteria, which makes no serious impression'.