Record of talks between US military and ISIS revealed

Damascus has got data on talks of the US military with the ISIS fighters prior to Islamists' attack at Deir ez-Zor following airstrikes against the Syrian army, Hadiya Abbas, Chairwoman of the People's Council of Syria reported on 26 September. 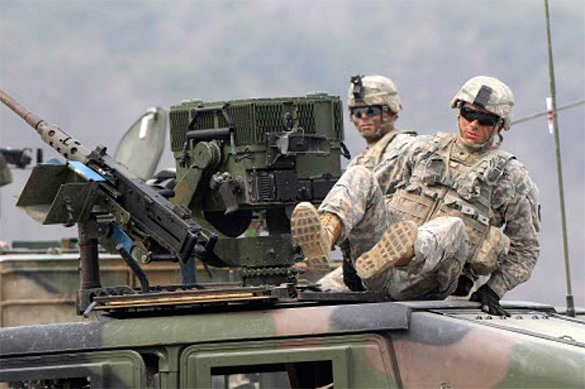 'The Syrian army eavesdropped talks between the Americans and the Daesh before strike on Deir ez-Zor... The US forces guided Daesh to attack positions of the Syrian troops after these strikes,' Hadiya Abbas claimed in Tehran.

Abbas said that Damascus possessed proof of deliberate carrying out of strikes by the US against the Syrian army in Deir ez-Zor. Details, as the MP noted, will be published later.

As Pravda.Ru reported, airplanes of the international 'anti-ISIS coalition' struck the Syrian troops, which were encircled bu the ISIS at the Deir ez-Zor airport. 62 miitary men died, about 100 of them were wounded. Central Command of the US Armed Forces refuted the strike first, but then claimed that they recognized it and apologized as it had been done 'by mistake and by chance'.

Jabhat al-Nusra gets missiles directly from US