Afghanistan to cut relations with US

General Taj Mohammad Jahid, Minister of Interior Affairs of Afghanistan, offered to revise agreement between Kabul and Washington. The cause is death of the Afghan police officers because of the US Air Forces' strike, a source in the Afghan law-enforcement bodies reported. 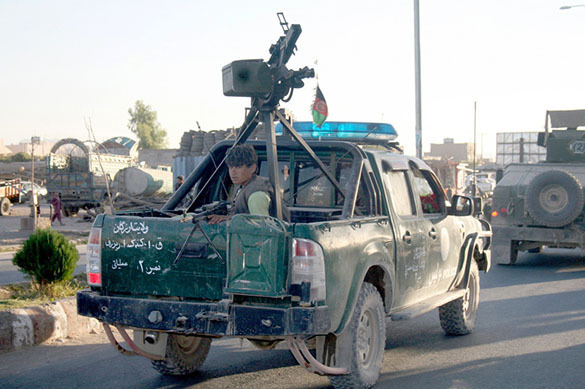 'Minister of Interior Affairs Jahid has already offered to hold a meeting of the Afghan National Security Council in the nearest future to decisively revise the current bilateral agreement with Washington on cooperation with the US in the field of security, expressing his protest against such acts of the US Air Forces' acts,' he said.

Beside that, according to him, a significant number of the Afghan MPs initiate an urgent assembly of the loya jirga, to 'consider resignation of the government, which is not capable of advocating national interests of the Afghan Republic in front of the US'.

As Pravda.Ru reported, 8 Afghan police officers were killed and 26 wounded as a result of the US airstrikes on 19 September. Police carried out an operation against a big Taliban group. The plan of operation had been agreed with the US contingent in Afghanistan. The US Air Forces struck unexpectedly namely the Afghan police. As a result, the whole Taliban group managed to escape.