German media resources have noted a strange tendency: after obtaining asylum in Germany, unemployed refugees decide to leave Europe for the countries that they left because of persecution to have a rest there. Most of such destinations are Syria, Afghanistan and Lebanon. 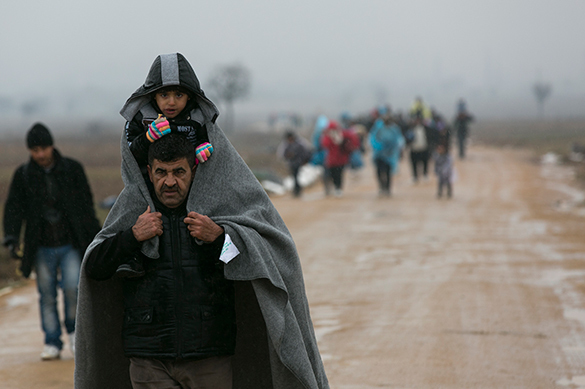 It is worth mentioning that the German law allows unemployed persons to leave the territory of the country for 21 days in a year in total. A person who wants to leave the country has to inform only about the duration of the departure, but not the direction. Many migrants use these system for their personal purposes.

"Such cases are taking place", - admitted  the Press Secretary of the German Federal Employment Agency. The agency doesn't provide any statistics on the issue.

According to the EU legislation, all refugees who go to the countries where they were persecuted lose the refugee status. In some special cases, for example, having a relative with a serious disease, such travel is allowed, but in general it is recognized as a proof that the refugees are not in danger in their homeland.

The German authorities have started to solve the issue, but it won't be easy to find a solution in the nearest future.