Spokesman for UN Secretary General Stephane Dujarric de la Rivière called Turkey's actions in Syria an invasion and noted that Ankara did not coordinate its actions with the United Nations. 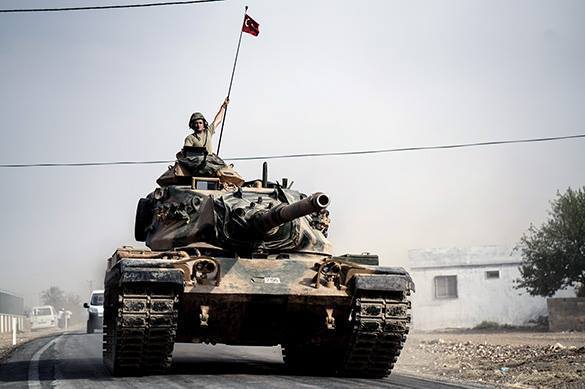 The authorities of Syria have recently filed a complaint at the UN about Turkey's illegal actions. According to Syrian officials, the actions of the Turkish army violated Sirya's sovereignty.

On August 24, the Turkish army with the support of the aviation of the international coalition started liberating the city of Jarabulus in northern Syria. According to Turkish news agency Anadolu, the operation in Jarabulus was launched to cleanse Turkish borders from terrorist groups and support Syria's territorial integrity.

Representatives for the Turkish authorities said that the purpose of the military operation in Syria was to reduce the flow of migrants and deliver humanitarian aid to the population.

Earlier, President of the Institute for the Middle East, Yevgeny Satanovsky, told Pravda.Ru that Turkey invaded Syria to destroy Kurds, rather than terrorisrts.