Ukraine's parliament is to consider a bill to ban imports of Russian "propaganda" books. 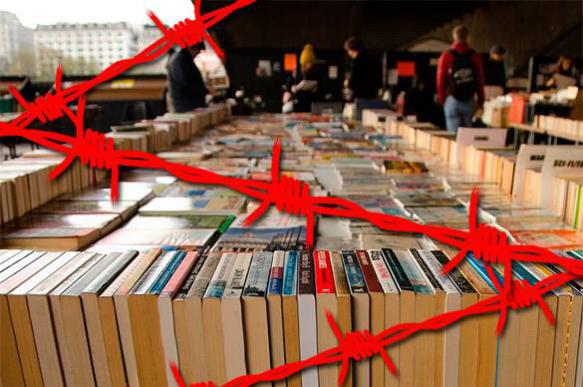 The Ukrainian authorities have not specified the criteria of "propaganda" yet, but Deputy Prime Minister Vyacheslav Kirilenko promised that the bill would outlaw around 60% of Russian literary production.

If Ukraine adopts the bill, each book will need to receive official permission from a special public commission to be imported to Ukraine.

According to Kirilenko, the new restrictions will affect only the books that describe Ukraine as a failed state and those that describe the events of the last few years.

"A special public commission will be set up to give permission for import to every book that Ukraine officially receives from the Russian Federation," the official said.

According to the RT, the criteria for establishing "anti-Ukrainian" literary works, as well as the personnel of the public committee have not been announced yet. It was only said that the members of the committee would represent various sectors of the Ukrainian society.

Noteworthy, on April 21, President of Ukraine Petro Poroshenko signed the law banning the demonstration of Russian films made after 1 January, 2014. The law affects feature films, television series and television programs.

In December 2015, the Ministry of Culture of Ukraine published the updated list of 83 Russian and world culture personas that were considered "dangerous" for the country. The list included directors Karen Shakhnazarov and Pavel Lungin, actors Vasily Lanoviy, Valentin Gaft, Oleg Tabakov, musicians Vadim Samoylov Julia Chicherina and others.