During a campaign rally in Nevada, US presidential candidate Hillary Clinton spoke about the dangers of right-wing forces in power, as well as about problems of racism. 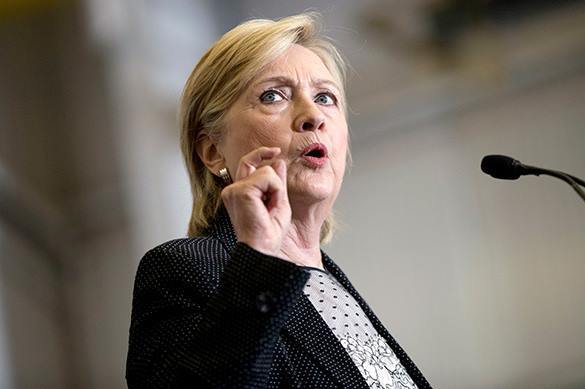 Clinton noted that her rival Donald Trump supported the policies of Russian President Vladimir Putin. As for relations with Russia, the views of Donald Trump come contrary to the views of all American presidents, from "Truman to Reagan."

"He talks casually of abandoning our NATO allies, recognizing Russia's annexation of Crimea, giving the Kremlin a free hand in eastern Europe. American presidents from Truman, to Reagan, to Bush, to Clinton, to Obama have rejected the kind of approach Trump is taking on Russia. And we should, too," Clinton said.

According to Hillary Clinton, Vladimir Putin is the "grand-godfather of this global brand of extreme nationalism."

Hillary Clinton cracked down on Donald Trump's immigration program too. "One of Britain's most prominent right-wing leaders, Nigel Farage, who stoked anti-immigrant sentiments to win the referendum, to have Britain leave the European Union, campaigned with Donald Trump in Mississippi - Farage has called for a bar on the children of legal immigrants from public schools and health services. He has said, women are - and I quote - worth less than men. And he supports scrapping laws that prevent employers from discriminating based on race. That's who Donald Trump wants by his side when he is addressing an audience of American voters," Hillary Clinton said.