Wikileaks published a letter, where the US billionaire George Soros gave Hillary Clinton instructions on how to eliminate riots in Albania in 2011. At the time the presidential candidate was a State Secretary. 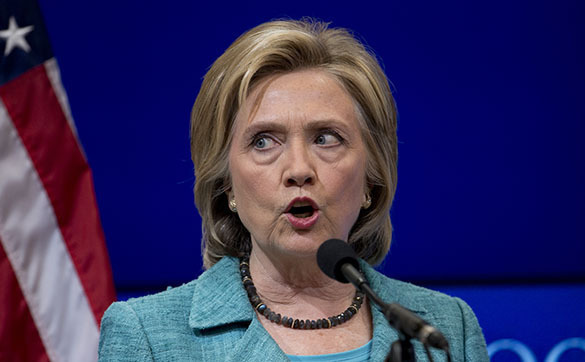 'Dear Hillary, a serious situation has arisen in Albania which needs urgent attention at senior levels of the US government,' Soros wrote on 24 January 2011.

The billionaire reported Clinton on serious concern given further unrest, which may be generated by retaliatory demonstrations of the ruling party and opposition to commemorate the victims. 'The prospect of tens of thousands of people entering the streets in an already inflamed political environment bodes ill for the return of public order and the country's fragile democratic process,' Soros stated.

The billionaire also advised Hillary to urgently influence Sali Berish, who was a PM at the time and former opposition leader Edi Rama.

Beside that, Soros offered Clinton three mediators, who had strong links with the Balkans. He named former Swede PM Karl Bildt, ex-President of Finland Martti Ahtisaari and the Slovac politician Miroslav Lajcak, who is currently the Minister of Foreign Affairs of Slovakia and Deputy Prime Minister.

As a result, Lajcak was sent to Tirana in some days to meet with the Albanian leaders.

Soros also pointed out in his letter that the US and the EU should work in full harmony, but taking in to account European ambitions of Albania, the EU should take the initiative.

As Pravda.Ru reported, three people were killed after clashes of anti-government demonstrations with police in the capital of Albania in January 2011. Oppositional Socialist party accused the winning Democratic party of corruption and fraud and refused to recognize results of elections in 2009. head of the Democrats Sali Berish, who was a PM, accused the oppositional party of an attempt to provoke a riot under Tunisia's scenario.