Head of the Turkish Foreign Ministry Mevlut Cavusoglu claimed that Ankara received positive signals from the US against previous request to extradite a Turkish cleric Fethullah Gulen. Gulen is suspected of orchestrating a coup on 15 July 2016. 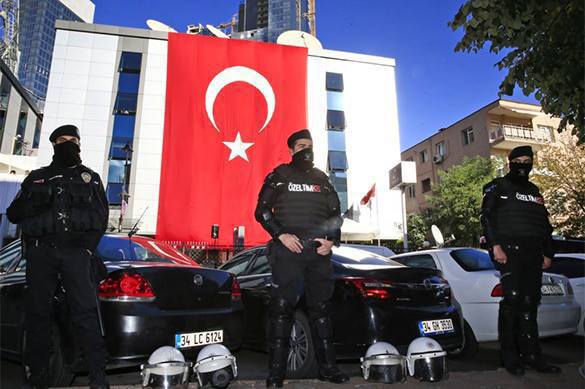 Cavusoglu also said that Ankara would soon send additional documents on Gulen to the American officials.

It is expected that on 22 August a delegation from the US Department of Justice, which deals with possible extradition of the cleric, will arrive to Ankara.

The Turkish PM Yildirim claimed previously that maintenance of friendly relations between Washington and Ankara depends on delivery of the Muslim preacher and leader of the Hizmet movement Gulen, who currently resides in Pennsylvania.

Before that, the Turkish police detained nephew of Gulen, Kemal Gulen in one of the villages of Kastamonu province, where he was hiding since 15 July. He was delivered to regional security department, which combats terrorism.

Kemal Gulen worked as a host at the Turkish Samanyolu TV channel, which belonged to Fethullah Gulen.