The NATO authorities believe hybrid war to become a reality and prepare a new concept which would allow to react more promptly to new threats, Financial Times reported. 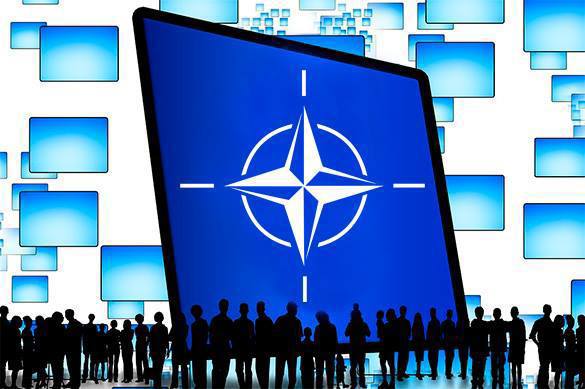 "Now we are facing scenarios where the threshold of the crisis is not clear, hybrid scenarios with non-state or covert actors," Denis Mercier, Supreme Allied Commander Transformation, called.

According to him, Ministers of the member-states hold talks given such scenarios and orchestrate a plan of actions on coordination of the Alliance's forces.

"[The military command] are developing a new concept that we will propose to Nato, which will be to base our initial strategic assessments of these developing situations on non-classified information," Denis Mercier says.

And what is this non-classified information? As it turned out, it's not data of the military intelligence, but information with open access, obtained from the internet, diplomatic sources, analytical centres, research institutes and messages from local residents.

The NATO authorities love using Ukrainian crisis theme, and every message is started with talks on how Russian troops destroy Ukrainian soldiers in Ukraine. However, neither the NATO, nor the Pentagon have managed to provide any evidence so far. The case is that all this data is obtained not via military intelligence reports, but 'public data, released in the internet'.

Thus, the US, which claims about its right to militant solutions of conflicts in other countries, and readiness to defend the NATO allies (i.e. wage war) without permission of the Alliance Council, which sends instructors and equipment to Ukraine, encircles Russia with military units and NATO bases, does it given... messages in social networks.

And what do social networks report? So-called 'information troops' of Ukraine almost daily release various fakes, which distort situation and turn it upside down, citing insanity of some Ukrainian opposition media, which are allegedly funded by state, but with money got from the West.

Preparing to counter a 'hybrid war', information of which was obtained in social networks, is certainly 'top performance' for the NATO authorities. Soon, they will start collecting data, sitting on benches at apartment blocks.