A rally in support of the Russian troops deployment in Georgia has taken place today in the city of Telavi. 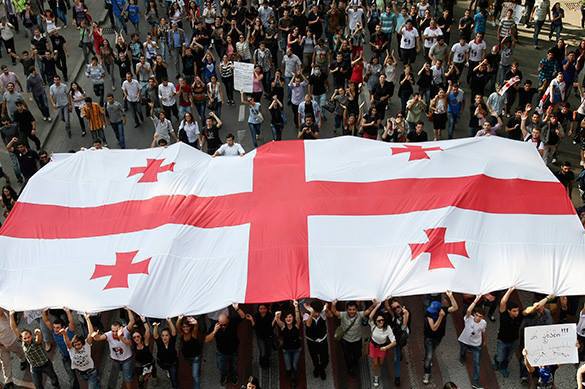 Socialist Georgia has initiated the movement. Valeriy Kvartskheliya, journalist and former spokesperson of the president Eduard Shevardnadze, headed the organization.

He believes the country keeps to improper policy towards Russia. Georgia's aggression damages its own interests, according to him.

Beside that, Valeriy Kvartskheliya strongly criticized 'intention of the country's authorities to deploy American military bases in the country'.