Former Ukrainian Prime Minister Arseniy Yatsenyuk said that recent remarks from Donald Trump about the possible recognition of the Crimea as part of the territory of the Russian Federation were a crime against moral and civilized principles. 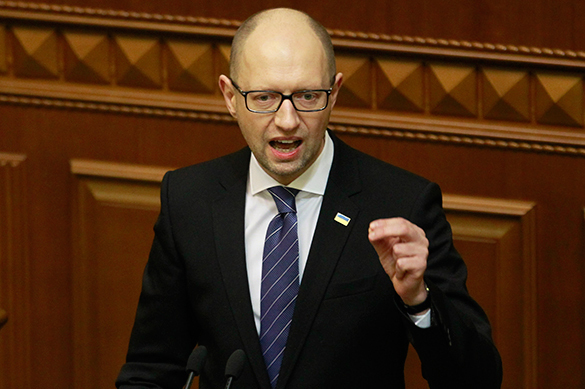 According to Yatsenyuk, Trump is challenging the values ​​of the free world, the civilized order and international law. The Ukrainian politician added that representatives of the Republican Party, which Trump represents, realize the danger of Trump's statements.

Earlier, it was reported that Ukrainian Interior Minister Arsen Avakov called Trump's statement about the possible recognition of the Crimea "shameless." Avakov continued with calling Donald Trump himself "a dangerous outcast."

Noteworthy, when asked whether Trump was ready to recognize the Crimea as part of Russia, the US presidential candidate said he would consider such a possibility, because the Crimeans chose to be with Russia.