US Navy to get a gay destroyer

The US Navy ship will be named after Harvey Milk, first openly gay person to be elected to public office in the country. 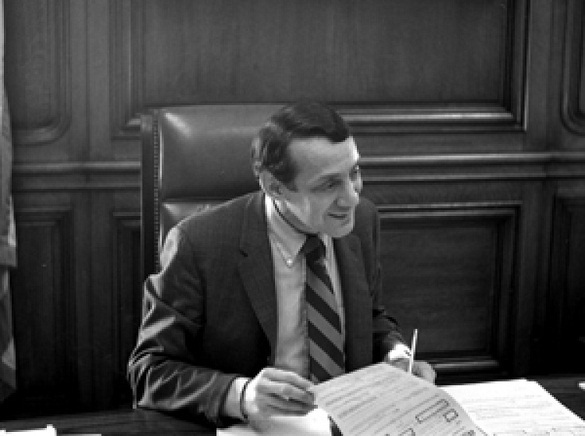 Milk served in the military since 1951 to 1955. And in 1977 he was elected to the San Francisco board of supervisors.

Offers to name a military vessel after Harvey Milk have been made since 2011. The idea was promoted by LGBT activists from San Diego and San Francisco, but the Navy has agreed upon it just now.

It should be noted that political career of Harvey Milk lasted for only 11 months and he was called 'a martyr for gay rights'.

It is believed that his gaining a public office strengthened political influence of the gay community in the city and generated liberalization of the San Francisco residents' treatment of homosexuals. So, his personality was made a legendary one.

In 2002 he was recognized to be the most famous open LGBT politician in the US. Public approval of homosexuality increased four times.

The matter is extremely popular in the US. The presidential candidate Hillary Clinton highlighted that namely fight for gays' rights would be a major issue.

Disorder in US army goes off scale