Agent of the Ukrainian Security Service, who was spying in the Lugansk People's Republic while being the OSCE mission member, was detained in the territory of the Russian Federation. 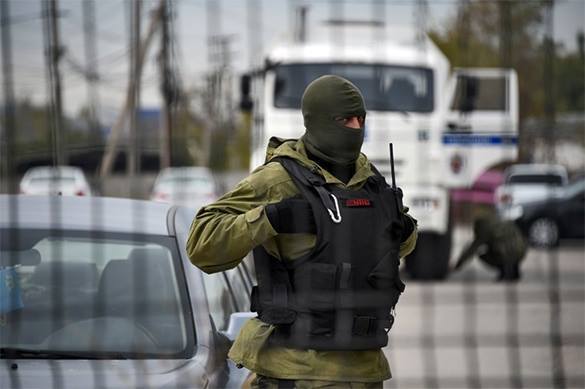 The detainee has already made a full confession.

It is noted that in summer 2015 he went to Kiev as a member of the OSCE mission to Lugansk, and was recruited as the Ukrainian Security Service intelligence agent under the name of Svarog by member of the National Statehood Security Department Sergey Slipchenko.

Shestakov regularly visited the LPR power bodies, locations of milita units. Data he obtained visually or by implementing special tasks, was sent to the Ukrainian Security Service via internet.

He was also related to killing of the Lugansk cossacks ataman Petr Dremov. In October-November 2015 Shestakov handed data on dislocation, cars, phone numbers of one of the cossacks leaders Dremov to the Ukrainian military intelligence. As a result, Dremov was killed by the Ukrainian special services.

At the moment Shestakov is allowed to return to Ukraine as he did no harm to the Russian security. However, in the nearest future the Ukrainian Security Service agent will be forbidden to enter our country.