Sea Breeze-2016 military drills kicked off in the Black Sea on July 18. Warships of the United States and other countries take part in the drills. 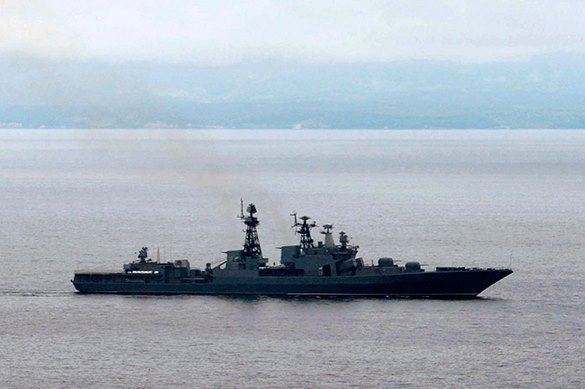 The military exercises will be held in the north-western part of the Black Sea, in Odessa and Nikolaev areas. According to the press service of the command of the naval forces of the Armed Forces of Ukraine, the geography of this year's exercises has been expanded considerably.

Marines and special forces of Ukraine, the USA, Moldova and Georgia will participate in "stabilization actions during  operations in the crisis region, under NATO standards."

The drills that will last until 30 July, will stage missions in combat sea and air landing, artillery attacks during anti-airborne defense, overcoming water obstacles with the assistance of engineer units, special actions to ensure security in the maritime sector. Ukraine is represented by frigate Hetman Sahaidachny and tug boat Koretz.

Sea Breeze 2015 exercises were conducted on August 31 - September 12 with the participation of 2,500 servicemen, including about 1,000 military men from Ukraine.