Ukraine planned to use tanks in Crimea in 2014

The sitting commander of the Naval Forces of Ukraine, Igor Voronchenko, developed a plan in 2014 to show resistance to residents of the Crimea, who supported the reunification of the peninsula with the Russian Federation. Voronchenko was planning to use tanks to suppress the unrest in the Crimea. 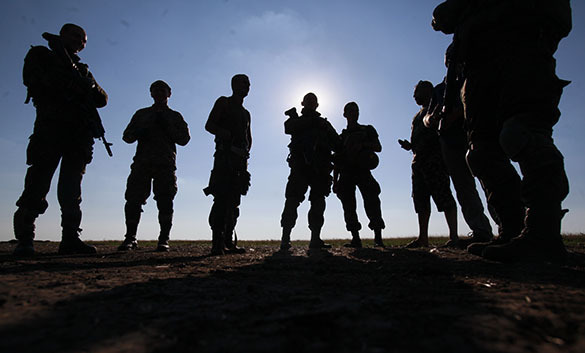 In the spring of 2014, Voronchenko took the position of deputy commander of coastal defense fleet in the Crimea. He developed a method of using tanks in the peninsula, speaker of the General Staff of the Armed Forces of Ukraine, Vladimir Seleznev said.

In an interview with Ukrainian Radio Liberty, Seleznev said that in 2014, Voronchenko requested authorization from the Ministry of Defense for the use of tanks in the Crimea. The tanks had been delivered to the peninsula, but they had never been used for the intended purpose.

On July 3, President of Ukraine Petro Poroshenko approved the candidacy of Igor Voronchenko as the commander of the Ukrainian Navy. In addition, Voronchenko was promoted to vice-admiral, RenTV reports.