A third Italian region has adopted a resolution calling on the Italian government to lift sanctions against Russia and recognize the Crimea as a Russian territory. Earlier, similar documents were adopted by the parliaments of Italian provinces of Veneto and Liguria. 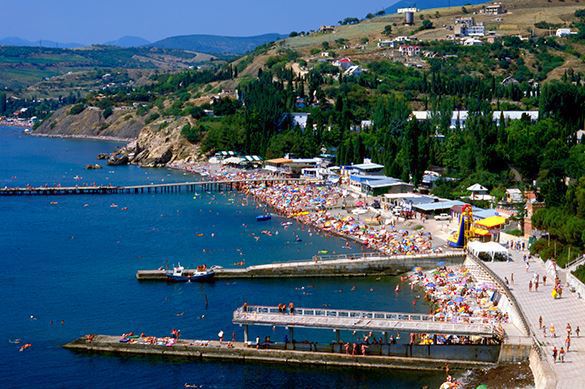 On July 5, Paolo Grimoldi, secretary of the League of the North Party in Italy's Lombardy region, tweeted that the Council of the region adopted the resolution calling on the Italian government to recognize the Crimea as Russia and lift the sanctions against Russia.

Grimoldi called the adoption of the resolution a "historic day." According to the official, the sanctions against Russia are "useless and absurd."

Lombardy has thus become a third Italian region to adopt such a resolution. In mid-May, a similar resolution was adopted by the Veneto Council (with its capital in Venice). In late June, a similar document was approved by members of the Board of the Italian region of Liguria.

"The vote on the resolution in the regional council of Veneto and other political processes, such as opinion polls, the referendum in the Netherlands - all this shows that the anti-Russian propaganda process in the context of Ukraine has not only come to a deadlock, but it starts to spin in the opposite direction, against those who started it," Russian Foreign Ministry spokeswoman Maria Zakharova said.