France doesn’t want to strangle Russia and die for NATO

France does not agree with its partner countries upon anti-Russian sanctions and aggressive escalation of the NATO armament, the French military journalist Jean-Dominique Merchet reported. 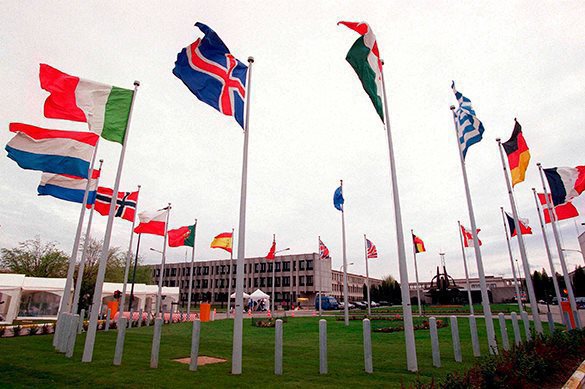 The NATO military has demonstrated its force and training a lot of times recently. This month the largest Anakonda 2016 NATO drills for the latest 26 years have finished. Beside that, there were held Baltops-16, Saber Strike-16 and Swift Response-16 with involvement of Germany and Poland.

Russia and the US have also clashed in the Mediterranean this year. And the Americans reacted to no warnings that they were in the foreign territory. What is more, the US destroyer Porter entered the Black sea, while Dwight D. Eisenhower joined Harry S. Truman in the Mediterranean.

As Pravda.Ru reported before, the National Interest revealed a list of weapons NATO would apply against Russia to suppress famous 'Russian aggression in Europe'.

Unlike opponents, Russia behaves extremely moderately and tries to react calmly to such 'demonstrations of abilities'. For the time being Russia deploys new supersonic intercontinental RS-28 Sarmat missiles. They can carry from 10 to 15 nuclear warheads and are equipped with advanced electronic systems. Their aim is to pierce the US anti-missile shield.

The situation is being escalated in the world. Some call on the US to stop behaving itself in such a way, while some countries vice versa support such stance. Any minor event in such situation may trigger war.

However, there are those who oppose this state of affairs. France has declared its viewpoint many times given sanctions and NATO's excessive demonstration of power.

France also stood aside during Anakonda-16 military drills in Poland. They believe it would bring no benefit.

As the military journalist Jean-Dominique Merchet asserted, 'the French military are concerned about the Southern front first of all, that is Africa and the Middle East, while the East triggers no interest'. Such stance is connected with 'historical inclination' of the country and desire to secure itself from terrorist attacks. The journalist also highlighted that they treat Russia and its President positively, while regard the Baltic residents and the Polish as paranoiacs.