Georgian Defense Minister Tinatin Khidasheli announced Georgia's inability to restore the navy of the country in the foreseeable future due to the lack of money for the purpose. 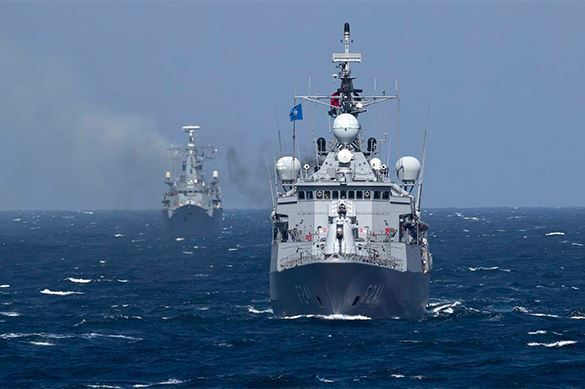 According to Khidasheli, "Georgia will not have its naval forces for a long time. We need funds for that - hundreds of millions - that we don't have," the Defense Minister of Georgia said.

At the same time, Georgian officials and media encourage to strengthen the naval group in the Black Sea against the backdrop of Russia's growing influence in the region. Deputy Chief of General Staff of the Georgian Armed Forces, Omar Begoidze, told reporters that the current "balance of forces in the Black Sea has been tipped in Russia's favor." According to the Georgian official, Russia has created a strong naval base outfitted with state-of-the-art weapons in the Crimea.

"We have long tried to legally resolve the issue about the total ban on compulsory recruitment to the armed forces, but it did not happen. We have managed to find an alternative, in which I, as the Minister of Defense, can make this decision alone and unilaterally," she said.

Khidasheli, speaking to reporters, said that universal service could be abolished in 2017. "At least, this is a decision of mine, as of the defense minister. If another person comes to the department to take my place, he or she will be ablate take a different decision," she said.

Noteworthy, Georgia is the only country of the Black Sea basin that has no navy. At the same time, Georgia's maritime border counts more than 300 kilometers. In 2008, the flagships of the Georgian Navy, the Tbilisi and the Dioscuri warships, were destroyed at the naval base in Poti as a result of military operations.

Since then, Georgia has been seeking help from NATO, but it appears that the alliance has lost interest in Georgia as a battering ram against Russia having switched to Eastern Europe.